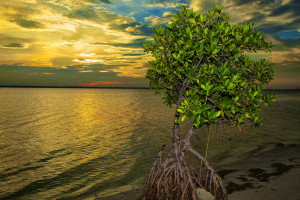 preservation and enjoyment of habitat and species found throughout Florida. In addition to environmental and land use law, the firm has a busy general practice meeting the legal needs of businesses, organizations and individuals.

Virginia P. Sherlock: Ginny has worked with the firm since early 1985, when she became a legal assistant. She took a three-year leave to attend the Florida State University College of Law and returned to the firm as an attorney after being admitted to the Florida Bar in 1991. She became a partner in 1992. Ginny is a civil trial attorney with an active practice in land use and environmental law as well as real estate, probate, contract, corporate law and civil appeals.

Howard K. Heims: Howard is a graduate of University of New Hampshire School of Law, Concord, New Hampshire, and was admitted to the Florida Bar the same year in 1994. He established his own practice, focusing on environmental law in Stuart until joining the firm as a partner in 1998. Howard has an active environmental and land use practice in addition to civil trial work, administrative law, real estate, contract law and civil appeals.

James F. Littman, 1923‑2012 We mourn the loss of our senior partner, James F. Littman, 88, who passed away March 22, 2012, in Morehead City, N.C. Jim was born in Stuart in 1923, the son of Michael George Littman and Annie Elizabeth Morrison Littman. He served as a field artillery officer in the United States Army in the Pacific Theater during World War II. After the war, he returned to the Littman family farm in North Florida and subsequently married Evangeline Janney Johnson, who preceded him in death in 1994. He attended the Bolles School in Jacksonville and the University of Florida. After graduating from Stetson University College of Law with honors, he joined his father in the Stuart law firm of (Judge A.O.) Kanner and Littman. He served the Martin County School District and other governmental and law enforcement agencies and was appointed by the governor for a term as a special State Attorney to prosecute public corruption and civil rights cases. Jim is survived by four sons: Michael Littman and his wife, Susan Cornman of Arvada, CO; Neal Littman and his wife, Gwen Littman of Beaufort, NC; Curtis Littman and his wife, Mary Littman of Fredericksburg, TX; and Thomas Littman of Chapel Hill, NC. He leaves many grandchildren and great grandchildren. He was a member of the First Baptist Church of Hillsborough, N.C., and life‑long member of F&A Masonic Lodge #2 in Quincy, FL. He participated in various dance clubs and programs and was a supporter of the American Cancer Society and an early advocate for the Samaritan House for Boys and Families. We miss you Jim.