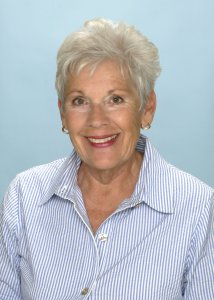 Candidates who want to keep Martin County different from the rest of crowded South Florida have lost county commission races when two who favor careful growth run against one development-friendly contender.

In past elections, the two careful growthers split the majority vote and the candidate developers favor coasts to victory on less than 50 percent of the vote. Because few Democrats or Independents run in Martin, most commission races are decided in the August Republican primary.

The race pits two former commissioners against one now in office. And this contest switches the usual players. The development-friendly candidates could split the vote and let the careful growther win.

Melzer, who has headed the Martin County Conservation Alliance for 12 years and works hard to shore up the county’s protective growth plan, said she lumps Ciampi and Haddox together and thinks they will split “the pro-growth, special interest” vote.

She has “different priorities,” such as keeping “the Martin County difference.” That “difference” includes preserving the county’s natural beauty, its low crime rate, good schools and responsible growth rules. 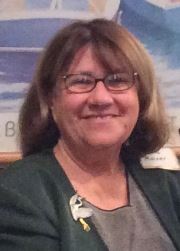 Melzer has been a strong opponent of All Aboard Florida’s plan to run 32 new passenger trains through Martin daily. She has been an advocate for cleaning up the St. Lucie River and Indian River Lagoon. Last year, she worked to convince Gov. Rick Scott and legislators to buy land south of the lake to store Lake Okeechobee’s overflow to keep polluted water out of local rivers. That effort failed.

“We need to find a new direction,” she said, a new way to get money for land “so we can send more water south.”

Melzer said she wants to continue to protect and restore the county’s growth plan, shredded under the previous commission majority that included Ciampi. She would “work on our financial situation and get us back on track.” Haddox, who ran as a supporter of careful growth, switched sides after he was elected.

“Residents should have the option of choosing a candidate who puts residents first, supports growth management and wants to stop wasteful spending,” Melzer said.

Melzer served on the commission from 1996 to 2000. Out of office, she continued to work on controversial issues. For example, she found information showing that the proposed Hobe Grove development, which would have created a Stuart-sized city in south Martin, projected costs of $216 million for new roads and intended that Martin taxpayers would pay for all but $20 million.

Melzer’s critics accuse her of being “anti-business.”

“No,” she said, “I am not. We have a huge number of businesses that obey the rules, do the jobs and provide the services they contracted for every day. But developers who want to bend, change or ignore the rules are not going to be happy with me.”

Another three-way race, in District 1, pits incumbent Doug Smith, a longtime supporter of unfettered growth, against Henry Copeland and Jacqui Thurlow-Lippisch, both perceived as in the conservation camp. In similar situations over the years, Smith always wins, sometimes with as little as 40 percent of the vote.

Can careful growth advocate Melzer reverse the formula and beat a pair of pro-growthers? It will be an interesting race to watch.

Sally Swartz is a former member of The Post Editorial Board. Her e-mail address is sdswartz42@att.net